How I Survived Middle School: An Open Letter to My Valentine

MIDDLE SCHOOL. Need I say more??? If most of us look back or think back on our middle school years, I'm pretty sure what will follow is a sigh of relief. Why relief?? Because... we made it! We made it through middle school! All of the physical and mental changes, ups and downs, and peer pressures of middle school...we survived them. Seriously... I believe that middle school is one of the most challenging times in our lives. Though we still have the joy of being young and having the world ahead of us... there are also some things that happen in middle school that change us or stick with us for the rest of our lives.


Whenever teaching or motivational speaking comes up in conversation, it is almost a given that I will be asked about my favorite audience to speak to or my favorite students to teach. My answer is always, without a shadow of a doubt, MIDDLE SCHOOLERS. Middle schoolers are crazy and perfect at the same time. They are less needy than elementary students, but not quite as independent as high schoolers. They are in a very fragile and impressionable state of their lives in which they are trying to figure out who they are, who they want to be associated with, whether or not they want to follow the trends, where to sit for lunch, is it better to be smart or cool or can you be both??? Not to mention...girls getting bras and meeting Aunt Flo for the first time, and boys going back and forth between Barry White and Elmo. This is also the point at which we become very curious about "IT". Mmhmmm...you know... IT. How does it happen? Who do we do it with? When do we do it? Is it okay to do it? Is everybody doing it or is everyone just talking about it? Is it okay to save it or will everyone know that I haven't done it??? Yep...the infamous...IT. And with the fast paced, "right now" culture that exist in today's society, many of the things we experience(d) in middle school are amplified- kids these days are experiencing things on a whole 'nother level than many of us did "back in the day"!

I remember middle school very well. I remember going through all of those things and I remember everything else that I went through outside of the usual middle school growing pains. Middle school was a very trying time for me and for my family as well. But I made it. And as I sit here and reflect on my middle school years, I think I know who I want to be my valentine this year... 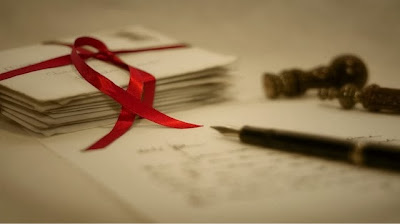 You had a red pixie cut and second toe that was longer than your big toe. That second toe hung over the edge of those brown leather flip-flop sandle'ish shoes that you often wore. And you were very proud of that long second toe, as you explained to us a few times that it was an inherent sign of your natural leadership or craziness or dominant nature...one of those or maybe all three, I don't remember. You also really loved the words "behoove" and "quell". I thought you were the coolest teacher ever! You made quite the impression on me, not because of your hair or feet or vocabulary; it was your honesty, low tolerance for BS, and the way you genuinely cared for your students- that's what really impacted me. But, I still don't think you REALLY know just how much of an impact you had on my life, which is why I am writing this letter.
When I look back on my middle school years, I often remember middle school as a time in which I was faced with many situations that definitely played a part in definining my perspectives on people, situations...life. I went through the usual middle school motions and changes, but in addition to those things, I faced other challenges and changes like...

-The Color-Identity Crisis: I wasn't sure if I wanted to be "black" or "white". 99.9% of the people I went to school with, were white...so I decided I would be "white", until one day, someone called me "blacky" in the locker room. It was that day that I realized nude stockings would never really be nude on me, nor would a regular band-aid ever camouflage with my skin. That kind of sucked... Not that I was/am black, but that I wanted to be accepted by my peers and being called "blacky" felt like the epitome of rejection.

- The Cancer:  My grandparents raised me, so imagine what I went through when we were told that my grandfather had 8 months to live after being diagnosed with bone cancer. He was immobile and infantile. Everyone in my family had to play a part in taking care of him, so there would be days when I would be checked out of school early or came to school late. That was 15 years ago by the way...and my grandfather is still alive and well 😊

- The Sister-Teacher Conferences: My hyperactive brother had a teacher who flat out did not like him. She did everything in her power to have him expelled, and she succeeded. (I am not just taking my brother's side when I say that the teacher did not like him. It was very obvious to not only my family, but to other parents and students in my brother's class.) Leading up to that, she would call for parent-teacher conferences that she knew my mother and grandparents couldn't make because my mother worked out-of-town and my grandfather was sick, so sometimes I would go to the parent-teacher conferences myself, rather than worry my mother or grandparents about it.

- One of the Scariest Moments of My Life: My cousin came to our house one night seeking refuge after she'd gotten into a physical fight with her boyfriend. Her eye was swollen shut, her lip was busted, and she was bruised up. The boyfriend showed up at our house and walked into the room where my cousin was in the bed with me. He told her to get up and leave, but she could hardly even speak. I told him "NO!", and he pulled a gun out and pointed it at me. One of the scariest moments of my life.

Those were just a few of the things I experience in my middle school years, outside of "the usual".  I share these things with you Ms. Eubanks, not because I want you to feel sorry for me, but I want you to know just how important your role in my life was, as a teacher. I know that a teacher's job goes way beyond bus duty, textbook lessons and grading papers. Teachers are some of the most valuable yet underappreciated people in the world. They're not just educators. They are therapists, caregivers, motivators, role models...teachers are one of the greatest inspirations many of us will ever experience. Ms. Eubanks, you were there for me. You recognized my creativity and encouraged me to explore it. You pushed me to reach for the A when I wanted to settle for the B. You opened your classroom to me before and after school, when I needed to talk or  just have a moment to myself. You were unapologetically yourself and encouraged me to do the same. You took my mind off of the bad and helped me to focus on the good. It is because of you, that I survived middle school. And for that, I am incredibly grateful.

Ms. Eubanks, you are my Valentine.