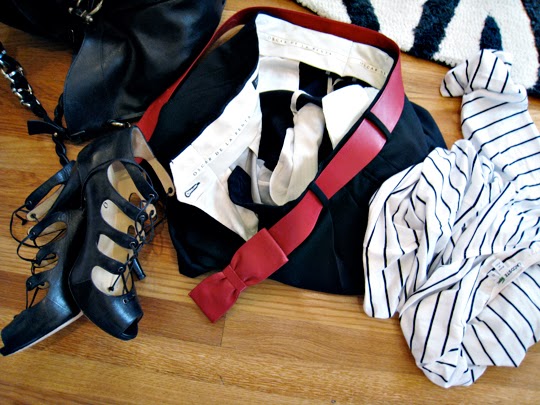 Last weekend, I was in the mall when a group of young men walked by me. It was only about a 10 second interactions from the moment I saw them, the moment they saw me, and the time it took for them to actually pass me by. It was only 10 seconds...10 seconds out of the 24 hours of my day...but for me, it was 10 seconds too long- 10 seconds that set me ablaze and caused my soul to anger and my fist to clench.
How could a 10 second interaction shake my spirit so much so that days later, I can still feel the same amount of disgust just as if I was still in the moment?
It was just 10 seconds! 10 SECONDS!!!! 10 seconds out of the 86,400 I had in the day.
I'll tell you how...second by second.


1st second: I look up to see a group of six young men.
2nd second: I realize they are walking in my direction.
3rd second: They see me.
4th second: They look at each other, and gesture for those who didn't notice me to look in my direction.
5th second: I debate on whether this is happening in my face or if I am that self conscious that I assume they are all looking at me.
6th second: I get six "up and down" looks, as if they are undressing me with their eyes...assuring me that this is happening.
7th second: I then see six young men mentally sexualizing a woman that they don't even know, right in front of her face...me being that woman. Perhaps I'm being assumptive, but I don't know which other way to read a licking of the lips and rubbing of the hands while staring my body up and down.
8th second: The young man in the middle of the pack is wearing a red shirt. I make eye contact with the young man in the red shirt, making it very apparent that I am upset and displeased.
9th second: They all look away and continue to walk past as if they had done nothing.
10th second: Person standing next to me says, "Dang girl, they were totally checking you out! Like, all of them!"

In those 10 seconds, I did not feel like hot stuff...I did not feel sexy. I did not feel empowered. I did not feel like I was all that and a bag of chips because a group of young men who don't know me from a can of paint, thought it was okay to undress and sexualize me in a matter of 10 seconds, RIGHT IN MY FACE. I felt disgusted, humiliated, degraded, and angry. ANGRY. I was angry, folks! And I was disappointed.
I was angry that there was any room for something like that to take place...that these young men could even fix their minds to do that. And I was disappointed in myself for not saying something to them. Sure, I gave them the look that said, "I see what you're doing and you need to stop"....but I didn't take the opportunity to make it a teachable moment and say something- something that might have made them think before they walked by the next female that they found attractive. Disappointment. I realize that the same way these young men did not know me from a can of paint (what does that mean anyway), I also did not know them. But I have to ask myself:  Just because I don't know them...does that give me a pass? Am I supposed to blame society for teaching them that it's okay and their parents for not raising them better? Am I supposed to be okay with this and understand that because I am a woman, this will continue to happen to me because "boys will be boys"? Am I supposed to "chill out" because it's "no big deal", they were just checking me out? Am I supposed to just shake my head and tell everyone how upset it made me, while they go about their day perhaps unaware of how uncomfortable they made me feel in a matter of 10 seconds? No, no , no , no , and no.

In hindsight...I wish I would have spoken up. And while the thought of this moment still ignites a bit of a fire in my soul, I am going to take that fire and put it to good use- instead of letting it burn me up, I'll let it keep warm and keep me going. Next time... I will speak up. I will be bothered by it, but I won't be angry. I will ask questions. I will listen. I will process and I will share my feelings and my experience. And I will hope that, in turn, they will listen, they will process, and they will understand the impact of their actions...and perhaps save someone else's 10 seconds.


This video was making it's rounds on Facbook last week... If you haven't seen it, you should go ahead and press play. It's 11 minutes long and worth every second. Press Play.
(Please be aware that there are women's breast in the first minute of the video)